In the city of New Orleans, street trees take on multiple roles as green infrastructure, historical artifacts, and cultural symbols of resilience. While we are generally fond of trees, street trees are commodified and engineered to fit into the needs of an urban landscape. As street trees are ultimately a hybrid system of both the natural and urban, how do we balance between cultivating trees as living systems and maintaining them as engineered systems while generating positive cultural relationships with the urban landscape in New Orleans?

As natural systems, trees are genetically varied and adaptive to the environment. An understanding of the city as mapped data allows us to identify the complex environmental conditions in which trees are situated.  The development of New Orleans was made possible by draining the original cypress swamp, but this also caused the topography to sink. Now the city relies on drainage canals to keep rain and stormwater from flooding the city. The land faces varied and intersecting conditions in terms of subsidence, water table heights, and compaction. These conditions allude to different issues including limited root depths, submerged roots, decreased water retentions, and exposed roots.

In the public right of way of New Orleans, there are a total of 105,813 trees, of which 14% are on neutral grounds. Among trees in neutral grounds, southern live oaks are one of the more dominant species due to the historical practice of planting oak tree corridors. The identity of environmental resiliency in New Orleans relies on the remaining old historical live oak trees that have survived many decades of social and environmental changes.

However, these live oaks are also the trees that are most in need of maintenance, where most of the urgent pruning and removal work has been identified.

At the same time, newly planted young trees face higher mortality rates with drastic weather events. As local large-scale nurseries were impacted by Hurricane Katrina in 2005 and are no longer in business, street trees of New Orleans are known to likely be sourced from nurseries across states as far as inland Georgia.

This means that not only are trees propagated from the same genetic base in homogenous environments before being placed in varied conditions, but they must also face drastic fundamental changes in weather, soil conditions, and urban conditions once they are planted.

Building on the Existing City Network: The “Neutral Grounds”

To better situate street tree systems as engineered infrastructural systems, I make use of a well-established system of the city, the “medians”, or “neutral grounds”, as they are referred to locally in New Orleans. Neutral grounds are important public spaces of the city, the name originating from medians that were “neutral” between the Anglo-American and French municipalities during the 1830s. The term Neutral Ground now refers to all medians and acts as a “neutral” space for the public.

As a public space, neutral grounds are commonly used for walking, parking, and gathering for daily purposes, but they are also used as large gathering spaces during festivals and parades.

As infrastructure, neutral grounds are multi-layered and complex, including street trees, transmission lines, street cars, underground canals, and pipes. The spatially similar yet contextually varied neutral grounds offers the potential for a system of street trees that will be able to help identify and tackle a range of different concerns for street trees in the city, allowing us to see street trees not just as individual entities, but as a collective network that contains both mature and young tree communities, as well as city infrastructure that connects to other important infrastructural systems.

Challenging the Scattered Practice: An Equitable System of Tree Care

In contrast to the streamlined, homogenous nursery practice, tree planting and maintenance is messy and scattered, mostly in terms of economic logistics and efficiencies. Tree maintenance responsibilities are mostly under the Parks and Parkways department of the city government, yet there has been a consistent lack of care due to a lack of financial investment and labor force.

Tree care is mostly done on a case-by-case basis when there are reported incidents. The resources made available for a dead tree in the historic urban center of New Orleans are drastically different as compared to those in a low-income residential neighborhood. While tourism and business areas will likely be prioritized for governmental maintenance, private tree care services are also more easily accessible to those with financial resources. Those without access to these resources may have to rely on community organizations or non-profits, in which may have multiple objectives and happen to include tree care in one of them.

There are also departmental conflicts within the government, where tree survival may be compromised by other infrastructure, most dominantly by water infrastructure, especially as much of the city’s underground canals have aged. Tree planting relies almost entirely on non-profit organizations, currently by SOUL and the NOLA Tree Project. As non-profits, these organizations rely heavily on funders and partnerships to decide where trees should be planted. This mostly includes other non-profits and neighborhood associations, but also large corporations such as energy provider Entergy. As a result, new tree planting tends to become clustered in certain areas where funders and stakeholders have larger interest in.

While the government aims to increase tree canopy cover to 50%, working toward a “no net loss” policy, this needs to be done with social equity and environmental awareness for the future, knowing that temperatures and hurricanes will likely become much more extreme in the lifetime of trees that are being planted now. A new tree care system that is responsive to existing data rather than responsive to incidents and individual community engagement needs to be established. Making use of current geospatial data, projected climate data, and in-depth community surveys, an anticipatory system of care can be established, using a collective knowledge base that drives resource allocation as a distributive and equitably targeted practice.

As a design strategy, I propose that street tree practices should be treated as city scale system for these urban trees to function better as an urban forest, while also being localized in terms of sourcing, tree suitability, and location-specific planting. This strategy proposes a distributed network of the city’s own local nurseries using the spaces of the neutral grounds. The local nurseries are not so much about large-scale production and transplantation, but also about training, maintaining, and most importantly, cultivating a varied local genetic pool of trees.

This design is phased to transition from site to system in scale, targeting low-canopy cover neighborhoods and old historical neighborhoods in early phases and targeting climate change and resiliency in later phases. Site-scale establishments that cultivate and establish trees and communities grow into infrastructural systems of trees, water, and soil, transforming the neutral grounds into a forested network that includes practices of nurseries and tree care. Water, soil, and transportation becomes engineered and technical infrastructure as calculated and measured mechanisms, whereas tree care becomes systemized local collective knowledge.

Currently, trees represent history and resilience as artifacts that rely solely on the survival of old live oaks in the city. With a system of care that is implemented and engaged at the city scale, trees represent resilience as a form of care and knowledge, where the community can gain ownership of both the land and trees of the neutral grounds of New Orleans. While a city-scale identity towards the system of care is generated, smaller micro-forests also emerge from the data-based strategy, allowing communities and spaces of the city to gain new identities that respond to specific needs or roles of each space. 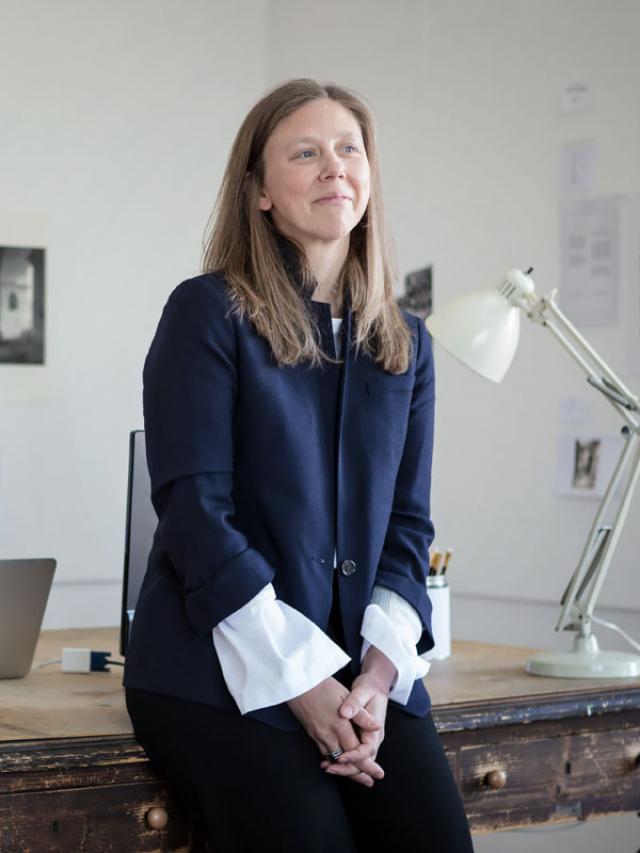