Writing the Atlas of Environmental Injustice

The BSLA grad and Olmsted Scholar recipient Trecia Cintron reflects on her time at Knowlton, the creation of NAMLA Ohio, and connecting landscape and systemic racism.

Trecia Cintron (BSLA ’22) was named the 2022 National Olmsted Scholar, one of the most prestigious awards in the nation given to an undergraduate student in the landscape architecture discipline. She has been a catalyst of change in the Knowlton School community through her leadership and involvement in Alpha Rho Chi, the Student Chapter of the American Society of Landscape Architects, and Alpha Phi Omega.

In 2021, she co-founded and served as the first president of the National Association of Minority Landscape Architects (NAMLA) student chapter at Ohio State. Cintron is a recipient of the 2022 Knowlton Undergraduate Student Leadership Award and two scholarships: the Lawrence W. Walquist Endowed Scholarship and the Wilbur J. Garmhausen ’95 Scholarship.

We spoke with Cintron about her time in the landscape architecture program at Knowlton School, her research, and her plans for the future.

You co-founded and served as the first president of the National Association of Minority Landscape Architects (NAMLA) chapter at Ohio State. Can you tell about us the experiences that led to your involvement?

I was the only Black landscape architecture student in my cohort and one of just two Latina students for some time as well, so I was aware of how my cultural and social experiences impacted my understanding and perception of my education.

During my first two undergraduate years, I had a feeling of isolation as if I was working in a vacuum. It was harder for me to connect with projects that felt standardized in the curriculum. I also didn’t have exposure to people that looked like me in the field, so it was hard to feel like I could succeed.

But the landscape architecture section has two women of color, Tameka Baba and Michelle Franco. Their presence was enough to reassure me that I could succeed, and their guidance helped me soar as a student and to do my best work.

I knew the National Organization of Minority Architects Students (NOMAS) was trying to serve a larger population than it had originally intended, and that landscape architecture needed some cohesion to unify BIPOC voices in the field. I knew there had to be more people that felt this way and I was determined to leave Knowlton better than when I had arrived.

So, in 2020, when the national chapter of the National Association of Minority Landscape Architects (NAMLA) was started, I started working with the co-founders to establish a student chapter in Ohio. After a year and half of hard work (with Vice President Priya Ramakrishnan (BSLA ’22) and faculty advisor Tameka Baba), the Ohio student chapter was officially established, becoming just the fifth student chapter—and the first in the Midwest.

What is the mission of the organization and what role do you want it to serve at Ohio State?

Ohio State NAMLA serves to unify landscape architecture students of color while providing social and professional opportunities for members to engage with their local, regional, and national communities.

We accomplished so much more than we had imagined in our first year! I am especially proud of our designer panel. The panel was a cathartic experience that brought together many diversity, equity, and inclusion (DEI) efforts and we had some genuine conversations that left people feeling seen and inspired. DEI panels like that are essential; many amazing leaders in the field were able to get in touch with each other.

I am so proud of our NAMLA Executive Board. It was a challenging year of adjustment, but it yielded so much personal and professional growth. I am excited to see Daria Martz and Xiaocai Way (2022-23 President and Vice President) lead NAMLA into the next school year with lots of momentum.

Can you talk about a particularly memorable or important studio experience at Knowlton? Can you describe the studio and the work that you did for it?

The most challenging studios were also the most memorable and life-changing. I participated in the Hart Island studio, led by Jake Boswell and Michelle Franco, which partnered with The Hart Island Project (NYC Non-Profit) and the National Park Service to memorialize Hart Island—a liminal space that exists on the fringes of society in the Long Island Sound.

In the first phase of the studio, I co-wrote a chapter with Avee Oabel (BSLA ’21) and Priya Ramakrishnan (BSLA ’22) on the theme of reconciliation and visibility at Hart Island based on extensive research into its indigenous peoples: mentally ill; victims of past epidemic and pandemic events like cholera, the 1918 Flu Pandemic, AIDs, and COVID-19; the LGBTQ+; immigrant populations; and Black and Hispanic communities that have inhabited or are buried on the island. This chapter serves to uncover the historical atrocities and to further explain the systemic negligence.

In the second phase, I worked with Grace Vannatta (BSLA ’22) on designing a site through the lenses of narrative storytelling that could resonate with people who are mourning. We designed a site of collective mourning for the public to grieve the societal loss that could also increase access to a more nurturing experience for those traveling to the island to visit loved ones.

Yes! I worked with the City of Marysville. I worked with Ashley Gaver, PLA, who had worked as a landscape architect at OHM Advisors before becoming the City Planner for Marysville, OH. We collaborated with OHM Advisors on an exciting opportunity for the uptown in Marysville. It was a great experience, and I made some great connections at OHM via this collaboration that eventually led to an internship at OHM.

I now have a much better sense of how groups come together on projects and how landscape architects and project managers coordinate these projects. I have more respect and appreciation for landscape architects because it is hard to navigate projects that often require client education and various rounds of public engagement, balancing budgets to accommodate artistic visions, and troubleshooting and iteratively producing design concepts. 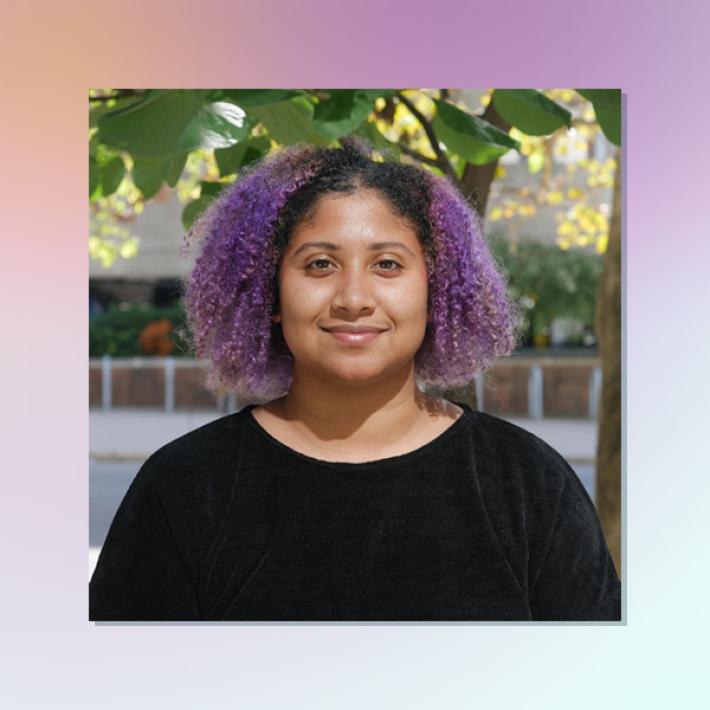 You were named the undergraduate 2022 National Olmsted Scholar by the Landscape Architecture Foundation (LAF)—the highest award given to a student in the U.S. The LAF called attention to your understanding of the link between public health and environment, particularly as they relate to race and systemic negligence. Can you talk about how landscape architecture in general, and your work in particular could address this topic?

Landscape architecture has the power to be the medium between many disciplines. We also have the power to influence legislation and advocate for healthier communities. We are in the fortunate position to continually learn and tactfully design healthier and more sustainable spaces within changing social, ecological, and racial climates. My work attempts to shed light on systemic negligence by highlighting the stories of impacted communities of color adjacent to contaminated sites.

There is a lot of knowledge and data online that tells us more about how systemic negligence harmfully impacts people of color and recent studies have also shown how black people are three times more likely to die from exposure to air pollutants than white people. But when you learn a name and their story, you are connected to that person and now it’s not so general. I feel like there are many more stories out there that are similar to my experiences. I come from a Black and Hispanic family impacted by the effects of negligent deindustrialization and environmental injustices.

The synthesis of my work is called an atlas because it’s an inclusive compilation of narratives, photography, diagrammatic analysis, mapping visualization, historical documentation, and education on toxicology and environmental health. My work will amplify BIPOC voices and stories because we need to be doing more to center those voices in the climate justice movement.

I firmly believe racism is a public health crisis and that we need to be more proactive with efforts to properly clean contaminated sites and hold elected officials accountable. The City of Minneapolis declared racism a public health crisis in 2020. The CDC declared racism a public health threat in 2021. The US Government has opened an Office of Environmental Justice to further address issues like this. I believe advocacy work is one of the agents of change, and I intend to keep working in this area to bring awareness on issues like this.

You were awarded an ARTA Grant for summer 2022. Can you talk about your research plans?

With the ARTA Grant, I plan to start my research for the Environmental Injustice Atlas of the Midwest. I will be traveling to four cities along the Mississippi River to document my study sites and contact local nonprofit organizations.

The cities I have selected are Minneapolis, St. Paul, St. Louis, and Memphis. I have been conducting extensive research into each city and locating sites of concern—brownfields, superfunds, and any other documented site with contamination.

I want to work with marginalized communities and interview community members of color adjacent to contaminated sites. Historically, this has been predominantly Black and Hispanic families. Living next to sites like this has had immense, negative health impacts on Black and Hispanic communities over many generations. Carcinogenic chemicals infiltrate the air and soil in communities adjacent to these sites. The chemicals seeping into communities of color cause higher rates of respiratory conditions, cancer, autoimmune disorders, fetal complications and mortality, and overall decreased life expectancy. Discussing how my work can help advocate for and highlight the lived experiences of these communities will strengthen my site analysis and allow a culturally significant history to be told. 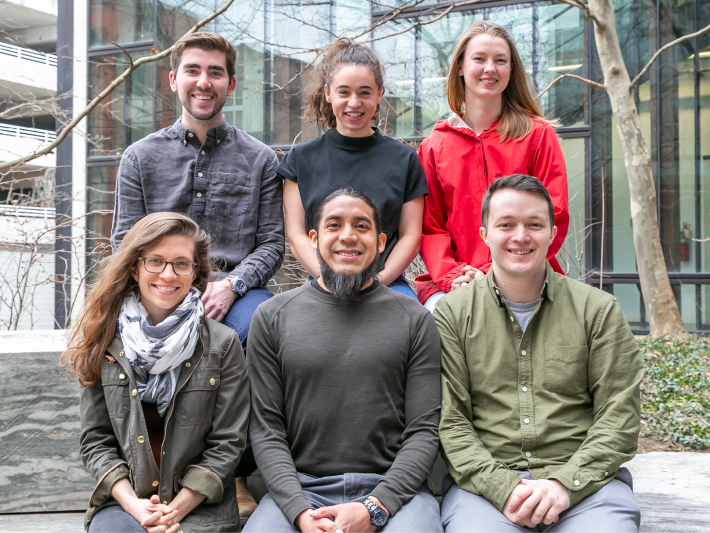 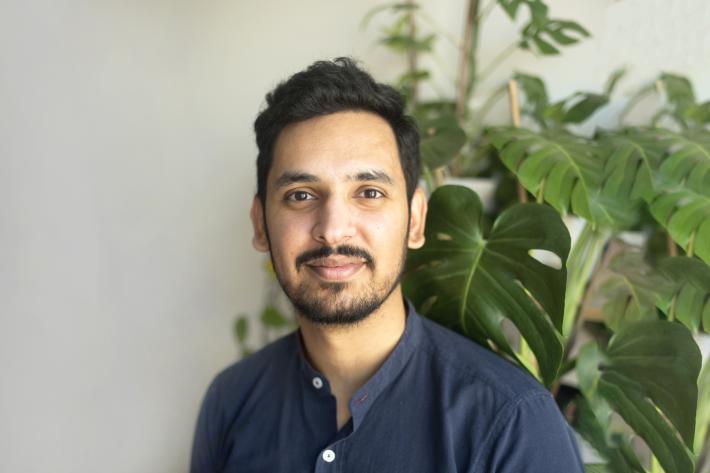 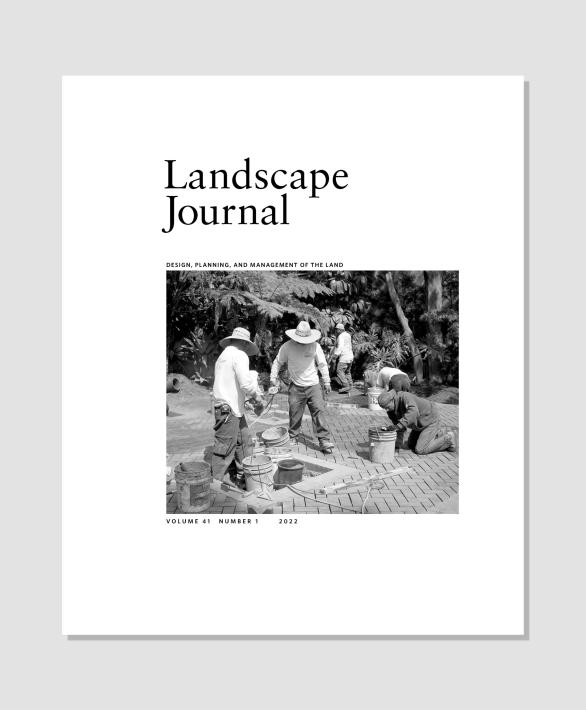 You are someone who is thinking critically about the discipline of landscape architecture. Can you talk about what your hopes are for the discipline and for the Landscape Architecture Section at Knowlton?

I think the Option Studios that address current events and the partnerships with organizations for projects will create a more innovative environment at Knowlton.

I think the curriculum has begun to decolonize and has started to decentralize European influences. This has created space for more BIPOC voices and a more historically accurate education, one that addresses shifts in landscapes when it comes to the displacement of communities of color. I appreciate the changing nature of the curriculum that works to introduce landscape architecture in a more holistic and sincere way. I hope to see more interdisciplinary studio environments in the future as well. I consulted architecture and planning students within my senior studio project, but it would help to have more intentional cross-collaborations between the Knowlton disciplines.

What about long-term plans? Are there areas of research that you would like to pursue after this summer or as you advance in your career?

I am in Albuquerque, New Mexico to work as a Landscape Architect Resource Assistant with the USDA Forest Service via a program called Conservation Legacy! I will also be continuing my independent research on producing the Environmental Injustice Atlas of the Midwest (EIA: Midwest). My long-term research plan is to eventually study different geographic areas and to produce many regional atlases—EIA: Southwest could be next. I ultimately want to publish this work. Ultimately, I want to become a professor—I admire my professors for their life experiences and stories!