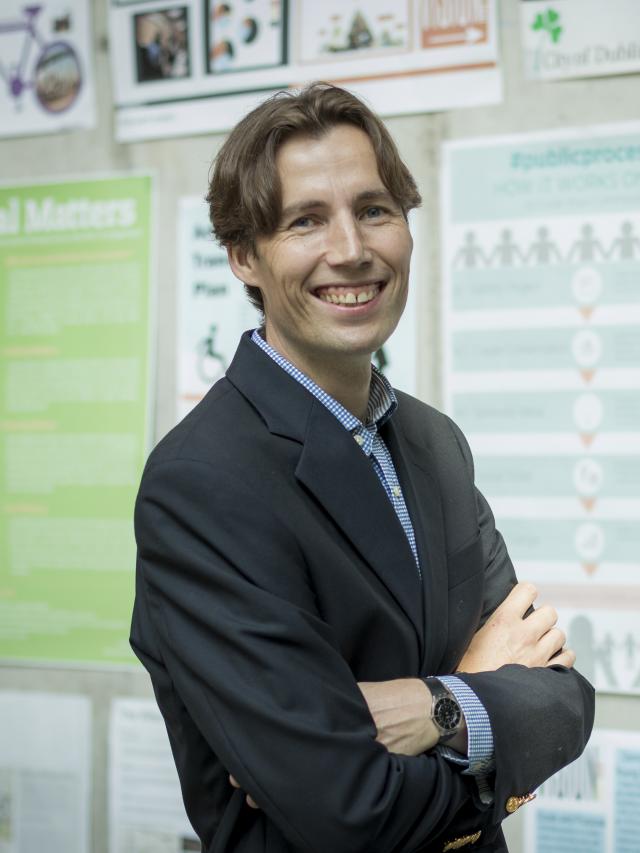 Mattijs van Maasakkers is an assistant professor in the City and Regional Planning Section at the Knowlton School and holds a courtesy appointment with OSU Extension.

Van Maasakkers’ research and teaching focus on the intersection(s) of science, technology and participation in environmental and land use decision-making, specifically in the context of complex public disputes. He has conducted research on environmental institutions and land use conflicts in the United States, the European Union, the Middle East and South Africa. His has published a book, The Creation of Markets for Ecosystem Services in the United States: The Challenge of Trading Places, which provides an in-depth analysis of the development of these new institutions in the Midwest, Pacific Northwest and Chesapeake Bay watershed. He has also published in the Journal of the American Planning Association, the Journal of Urban Affairs and the Journal of Planning Education and Research. Van Maasakkers currently conducts research on the role of measurement systems in decision-making on land use in shrinking cities.

Before moving to Columbus, Van Maasakkers was a post-doctoral fellow at Harvard’s Kennedy School of Government. In 2013, he received his doctorate in Urban and Regional Planning from the Massachusetts Institute of Technology, where he also received a Master in City Planning degree in 2009. Originally from the Netherlands, Van Maasakkers graduated with a master’s degree in political science from the University of Amsterdam in 2006.

Land Use and Environmental Planning