A graduate student team representing all three sections of the Knowlton School was awarded Honorable Mention in the 2022 Urban Land Institute Hines Competition for its Roots proposal. Ninety-seven teams representing 51 universities in the United States, Canada, China, the Netherlands, and Egypt competed this year.

In its 20th year, the competition is a creative exercise simulating a real-world design, planning, and development scenario in a large-scale site in a North American city. The brief asks students to consider issues of housing affordability, equity, neighborhood services, connectivity, sustainability, and resilience. This year’s competition site and study area was a neighborhood in southwest downtown Oakland, California (often referred to as Old Oakland).

Members of the Roots team were asked to identify an element of their proposal that they found most compelling. Their responses are below.

Roots strives to reclaim the heart of Oakland by creating an inclusive and vibrant urban space that is accessible and equitable for all. The Old Oakland area is deeply rooted in culture, and Roots aims to incorporate spaces of remembrance for the former residents, along with cultural, creative, and resourceful hubs to support its existing population and future growth. 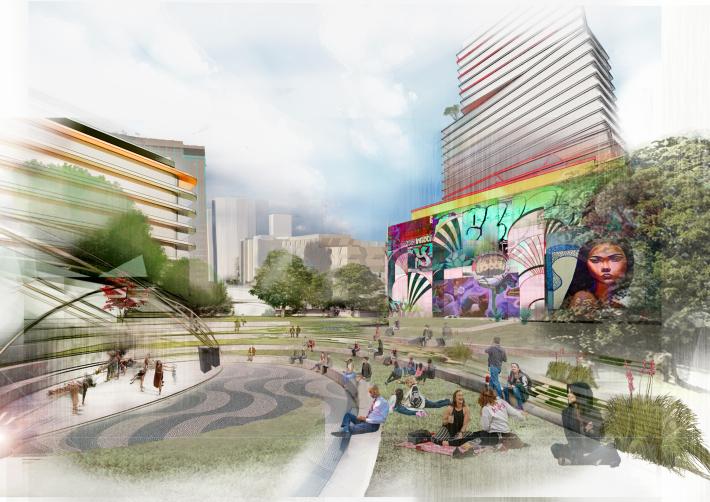 A part of the project that was important to me was the use of art as a tool to regain control of a space.  We proposed the removal of the highway which isolated the site and the creation of an outdoor museum of urban art on the remaining highway pilings to create a dramatic post-industrial elongated park.

We wanted to find ways to support the creative expression of the community without erasing the recent history of the site. We also proposed other developments to support the arts in the area such as a spiraling amphitheater in Jefferson Square Park and a cultural center.

I’m a mural artist as well, so I had fun sneaking some of my artistic work into our conceptual renderings. 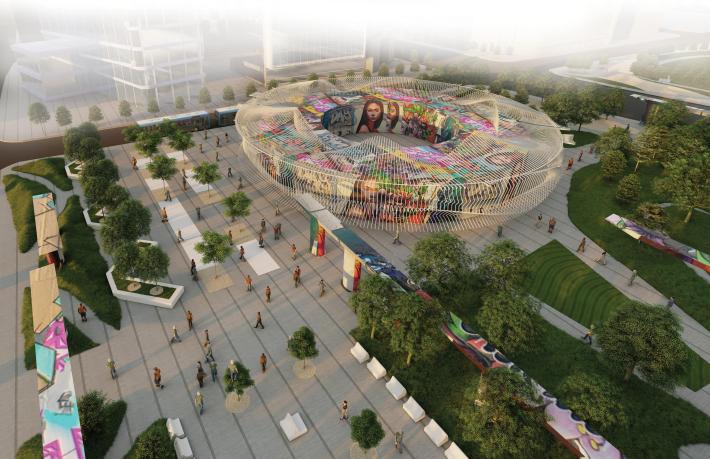 A dramatic aspect of our project is reducing Interstate 880 into a boulevard on the southern edge of our site. In the space created by the reduction of the highway, we added a transit hub for riders on the BART.

Currently, this space is a thoroughfare that takes people past Oakland. It was our goal that this bold move would be the catalyst to change this space into a destination. We proposed a building that would be covered in artwork from local artists and created a space outside the building that aims to be a welcoming space for visitors to the Roots development. 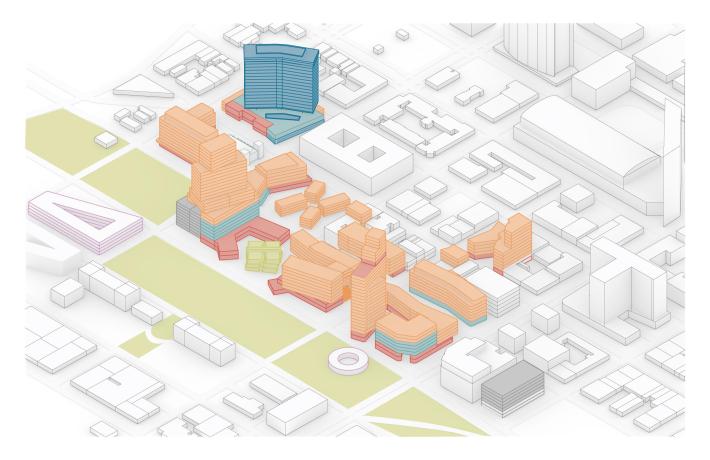 I have always been curious about people, the places they occupy, and how to bring value to them. As the planner on the team, researching Oakland history was particularly fascinating to me. This is where the name “roots” came from—the idea of how rooted in culture Oakland is and [the importance of] oak trees as the city's official tree.

I studied the site’s existing conditions to identify the missing elements and strategized ways to alleviate social issues like affordable housing, mobility, and access to social resources. We worked collectively as a team to envision an inclusive and equitable development for our site, with a focus on urban design to form visual cohesion between the existing and proposed site elements.

It was also critical to create a compelling story to go along with the urban design. The proposal’s phases of planting, rooting, branching, and thriving align with the stages of development. The project starts off small in the primary site, starts to take root before branching outward, and ultimately thrives after 10+ years (which can be seen in the phasing diagrams).

As someone who aspires to be a planner and landscape architect who designs equitable and optimistic places, this was an amazing experience to learn about a culturally rich city and creatively tackle social issues. It was also a great real-world experience to work with peers from different disciplines and gain new perspectives and ultimately create this project within two weeks. 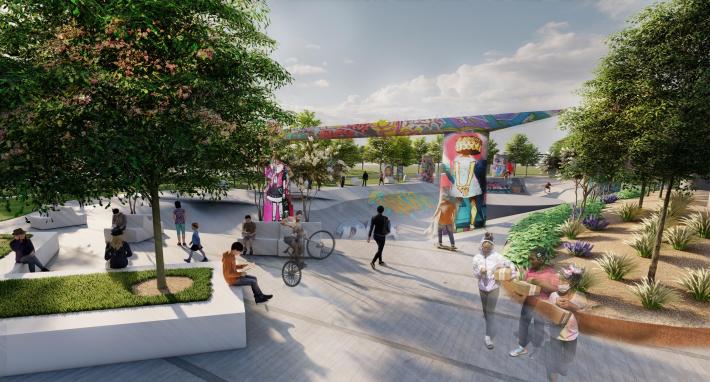 Given the ongoing dialogue on social justice and equity planning in the lived environment, I am proud of our team’s engagement with complex issues and our attempt to imagine a more inclusive urban area for the residents of Old Oakland.

We recognized early on that our proposal to remove a highway in an urban area was ambitious, but we felt that it was the proper future to imagine, not just for Oakland, but for the countless communities across the United States that have been marginalized or disenfranchised by the construction of massive infrastructure.

To imagine the world not as it is, but how it could be, became a driving philosophy for our team as we designed a framework that encouraged expression, reclamation, and improved agency in a precinct previously divided by a highway, sheriff’s department, courthouse, and former jail.