Master of City and Regional Planning students from Chad Gibson’s CRPLAN 6910 studio were recently asked by Campus Partners, an OSU-affiliated nonprofit, to create a temporary plan to transform the empty gravel lot on 14th Avenue into a public space that can be usable until final construction begins.

The first of the new buildings to be constructed was the Wellington, a mixed-use building with a first-floor Target that opened in 2018. In 2021, WOSU’s new headquarters building – located at 14th and Pearl – opened, as did University Square North, which holds offices as well as Barrio and other restaurants on its first floor.

And scheduled to be completed early next year is University Square South, the twin mixed-use building on the other side of the district’s central public plaza (now called University Square).

The proposed park would occupy a block where another office and retail building was planned, although now it appears as if it will be a least a couple of years before anything is built on the site; hence the idea to transform it into a usable public space with seating, public art, and a food truck plaza.

The students presented their plans for the space to the University Impact Review Board on Monday, November 21. The renderings feature a small open-air theater, an “educational prairie” area, and a to-be-decided art piece installation. The plantings depicted in the drawings would be in planters so they could be easily moved when the lot is developed. 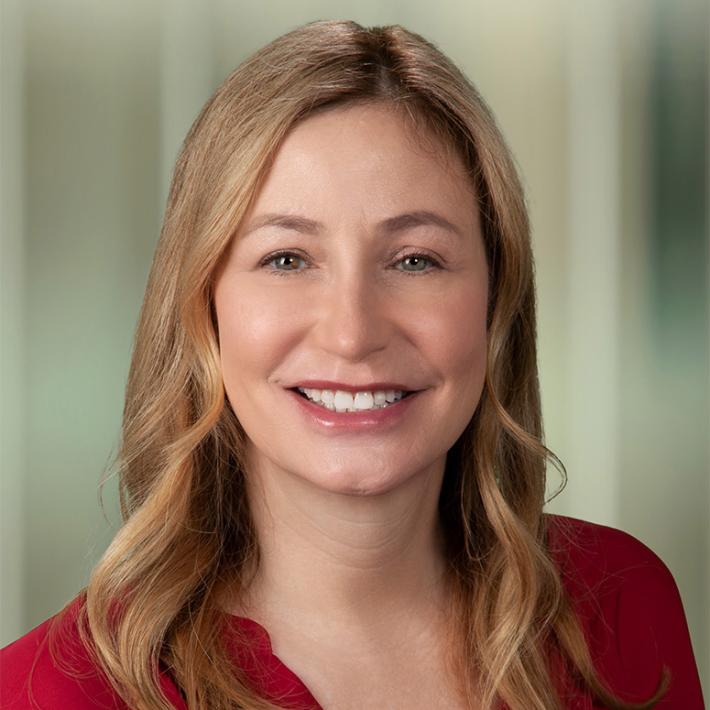 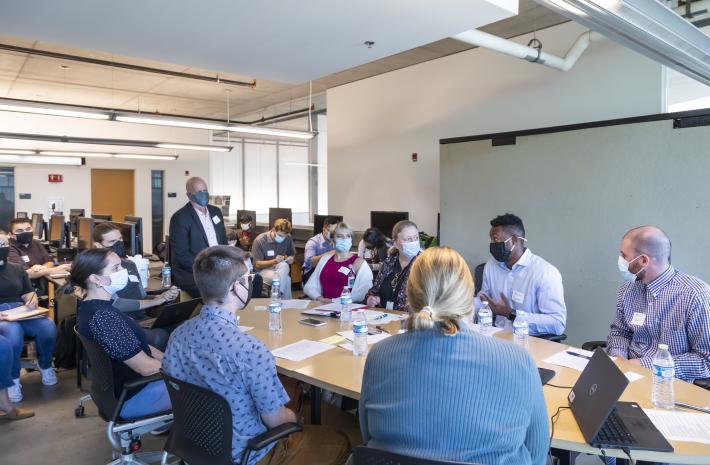 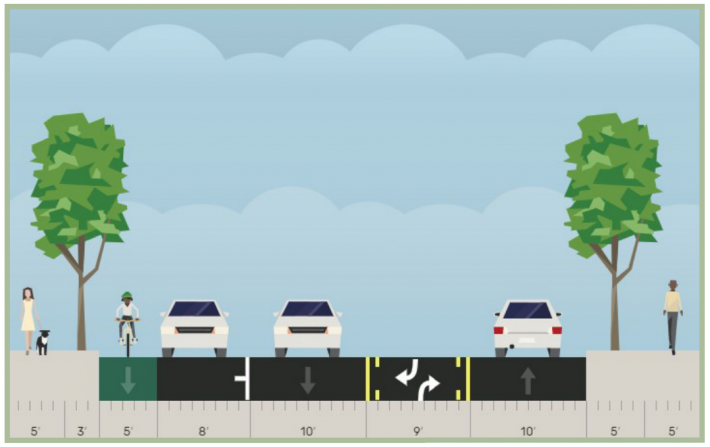